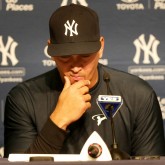 Alex Rodriguez recently said that he would be “at peace” with whatever the organization decided to do with him in the future. That future has been made clear. The Yankees and Rodriguez announced on Sunday morning that the slugger will be released following Friday’s game against Tampa Bay, and will stay with the team as […] 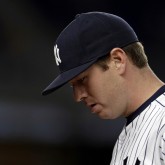 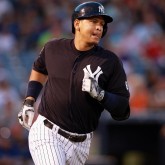 New York Yankees designated hitter Alex Rodriguez has announced that he will retire after the 2017 season when his current contract expires, according to ESPN’s Andrew Marchand. Rodriguez, 40, has two years remaining on his current contract, which pays him through the 2016 and 2017 seasons. The 14-time All-Star is owed $20 million per season in […] 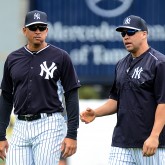 When Carlos Beltran signed a three-year, $45 million deal in the winter of 2014, the Yankees envisioned a light, manageable role for the then 36-year-old. He’d end his days as an everyday outfielder and slide into the designated hitter spot, where he could age like delectable cheddar cheese. And, in 2014, that plan was executed. Beltran spent 76 games at DH and […] 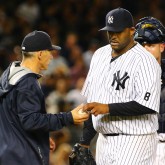 The Yankees are, quite notably, the only Major League team without a major-league free agent signing this offseason. There are many reasons for this, including a lack of glaring needs and a desire to get younger, but the primary explanation for Brian Cashman’s silence in free agency is money. The Yankees, weary of the annual luxury tax […] 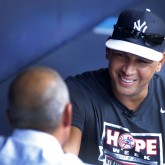 The myth of Sisyphus tells the story of a Greek king damned to an eternity of pushing a boulder up a hill as punishment for a life of arrogance and greed. Until the end of all things, and beyond, Sisyphus will still lie below in Tartarus, rolling his boulder up his hill until it falls […] 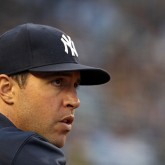 Yankee fans are accustomed to rooting for a contending team.  Although they haven’t made the playoffs in two out of the last three years, and lost in the wild-card game last season, there hasn’t been a shred of doubt that the front office will attempt to assemble a contender in 2016.  While some skepticism is certainly warranted with the […] 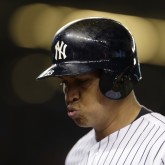 Welcome to 2016. I hope it’s treated you well thus far. It’s a fresh calendar, minus six days, one unmarred by green checks or red x’s on game days. There’s no win-loss record, no injuries but the ones carried over from last year’s carnage. There is only what lies ahead, a destiny that has yet […] 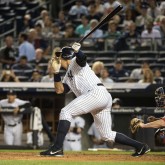 The other day I was thinking about the 2009 Yankees (because that’s what you do as a Yankee fan when you can’t really remember the late 90s) and found myself marveling for the umpteenth time at how incredible their infield was: Mark Teixeira, Robinson Cano, Derek Jeter, and Alex Rodriguez all had good years at […] 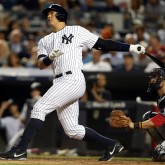 At this particular juncture baseball is absolutely overflowing with young talent. Mike Trout and Bryce Harper are outrageously good and guys like Manny Machado, Kris Bryant and Jason Heyward are somehow underrated by the shadow those two cast.  Frankly, there are too many quality young arms to mention and the entire New York Mets rotation […]