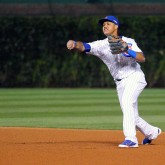 The New York Yankees and Chicago Cubs agreed on a trade that will send infielder Starlin Castro to the Yankees Tuesday night, according to the team. In return, the Yankees sent right-handed pitcher Adam Warren and a player to be named later (though reports indicate that player is shortstop Brendan Ryan) to the Cubs. All offseason long the Yankees […] 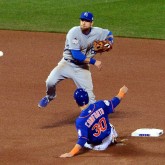 If you’re reading this, most likely you’re a Yankees fan. This isn’t a breaking news story or even a story discussing an actual piece of news. Nothing has actually happened as it pertains to the Yankees and free agent Swiss army knife Ben Zobrist. I’ve gathered you here mostly to discuss the reports that are out […] 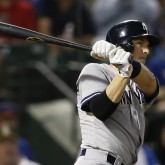 For the first time in two years, the Yankees will head into the winter trying to make it back to the postseason. Though losing the wild card game doesn’t really feel like making the playoffs, technically that’s considered making it these days. The Yankees Pythagorean winning percentage (.541 %) was the club’s best mark since […] 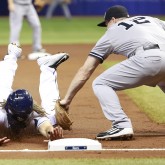 One night after an unlikely source delivered perhaps the biggest Yankees hit of the season, New York came up short against the Rays in Tampa. There was some excitement when a two-base error brought the tying run to the plate in the ninth inning with two outs, but Brett Gardner flied out to left field […] 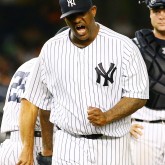 The past two nights at the Stadium in the Bronx couldn’t have gone much worse for the Yankees. With the lineup already ailing with Brett Gardner and Mark Teixeira sidelined, the Yankees learned before Tuesday’s game that right-hander Nathan Eovaldi will miss the rest of the regular season with elbow inflammation. Then the club went […] 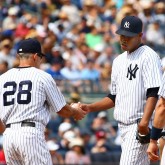 The Yankees dropped another game Tuesday night, a brutal 5-4 loss that included Andrew Miller’s first blown save in pinstripes and lasted 16 innings. It was New York’s fourth consecutive loss and its fifth in six games, dropping them to 3-6 in the nine games since the trade deadline. The Yankees let the non-waiver trade deadline […] 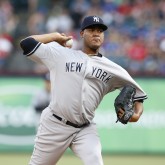 With the Yankees in first place in the American League and time winding down until Friday’s non-waiver trade deadline, the question on the mind’s of Yankees fans is what the next couple of days will bring the Bronx Bombers. While one might expect a team in the Yankees’ position would of course be looking to […] 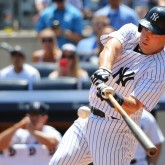 A few years ago, it was an event anytime CC Sabathia and Felix Hernandez would square off with one another. Sunday the pair of hurlers delivered without much fanfare as each allowed one run over six innings before giving way to the bullpen. Hernandez was one out away from shutting out the Yankees through six […] 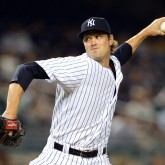 Top WPA Play: In the fourth inning, Evan Scribner took over for Athletics starter Scott Kazmir, who left with left triceps tightness. Teixeira greeted the new pitcher rudely by leading off the inning with a home run to tie the game (+.149 WPA). It was the first of two home runs Teixeira hit on the […] 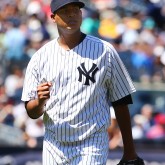 The Yankees didn’t get off to such a great start Wednesday as before the contest with the Phillies even began the club was forced to place Brendan Ryan on the disabled list, leaving New York without a backup infielder as Stephen Drew was on the paternity list. The Yankees bench consisted solely of Garrett Jones […]