On Tuesday, the New York Times revealed the latest high-profile addition to baseball’s rich history of sign stealing. Combining two of the pastime’s most treasured traditions (a heated rivalry and an illicit strategy for getting a leg up), the Red Sox’s use of electronics to steal signals from the Yankees is sure to add some welcome fuel to the rivalry’s fire. While many fans – particularly those of the Yankee persuasion – will argue that the Red Sox have gone too far and that commissioner Rob Manfred needs to step in to do some serious finger wagging, I, a noted baseball expert, would argue that the Red Sox did not, in fact, go far enough.

Coming into the season as clear favorites to win the AL East, the Red Sox have repeatedly failed to put the division away, finishing the season at 8-11 against the Yankees. We do not yet know the extent of Boston’s sign stealing, but we can be sure that throughout the year they have missed some crucial signals being given by their biggest rival. Here is a brief rundown of just a few of the signs that were missed.

Early in the first matchup of the year between the Sox and Yanks, with reigning Cy Young-winner Rick Porcello on the mound, the Yankees’ third-base coach Joe Espada gestures to his eyes. To the uninformed viewer, this appears to be a signal for the runner on first, but my highly trained gaze is able to pick up on the fact that the motion is really for the batter, Aaron Judge, and the message being conveyed is “launch that sucker out to right, big guy.”

Judge did launch that sucker, and the Yankees held on to win, 3-1. Espada hasn’t been giving the eye sign quite as frequently of late, but we can assume there’s probably some hard data behind that decision 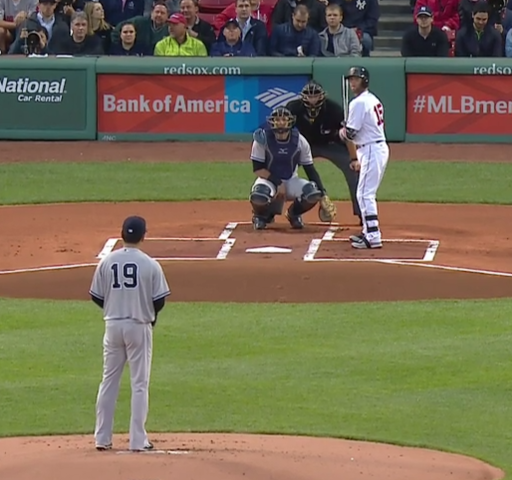 In this April 27th matchup, Sanchez gives Masahiro Tanaka what could be confused for a regular ‘ole sign for a four-seamer, but is instead the “get him to ground out” gesture. Throughout the game, Sanchez put this one down 17 times, and Tanaka obliged, en route to a complete-game shutout.

Pretty handy sign. Unfortunately, some other opponents have stolen it throughout the course of the year and have chosen not to ground out against Tanaka.

“Out of shape, struggles to field position” 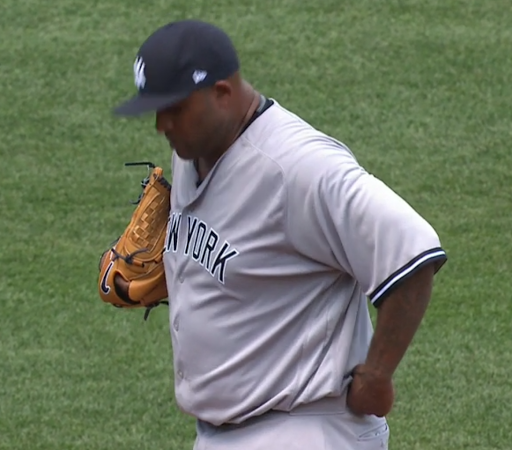 This is one the Red Sox should have picked up on months ago, with or without the use of technology. Here is CC nearly screaming that he’s going to have trouble fielding a bunt, but the Red Sox were slow to act, and it resulted in eight shutout innings from the big guy. 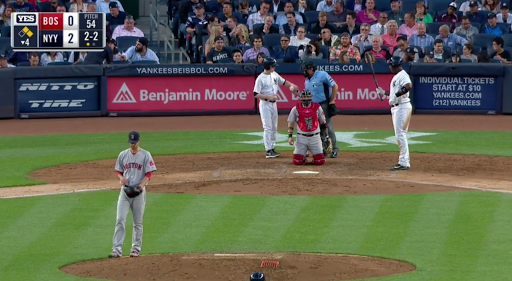 Here, Joe Girardi enlists the bat boy to do his dirty work for him, sending the young man to the umpire holding three fresh baseballs in the middle of Chris Carter’s at-bat. Now, it is common knowledge that a delivery of one or two baseballs is entirely harmless, and even waddling out there with your arms overflowing with baseballs doesn’t convey any special meaning. But in this particular instance, armed with exactly three balls, the youthful bat boy locks eyes with the Yankees’ first baseman and blatantly signals “you’re getting cut in a couple of weeks, dude. Might as well have your fun.”

Ice cold, Girardi, ice cold. And while the Red Sox did not pick up on this sign, Chris Carter did, unloading a three-run homer before riding off into the sunset weeks later, just as the bat boy foretold. 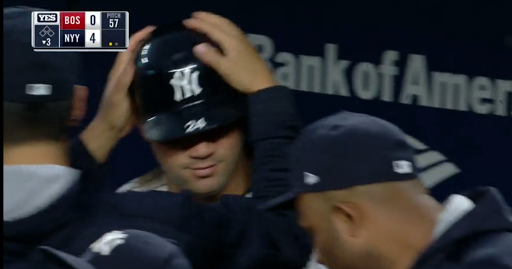 Even an iPod Nano could tell you that two hands on the head mean you take David Price deep twice. Yankees won, 9-1. 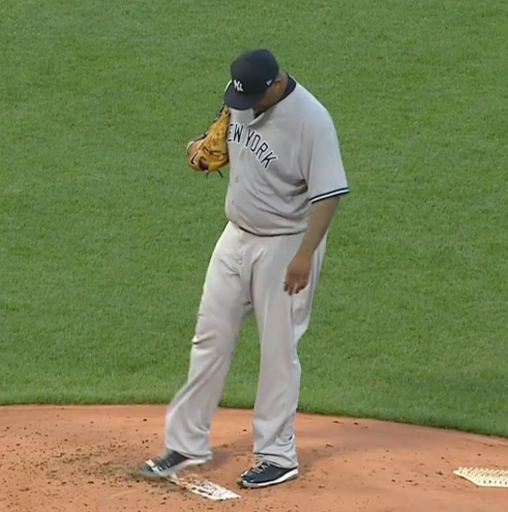 Sabathia took the mound yet again while giving the “it’s difficult for me to make a play on a bunt for a variety of reasons” sign. Red Sox missed it, failed to score yet again off CC. 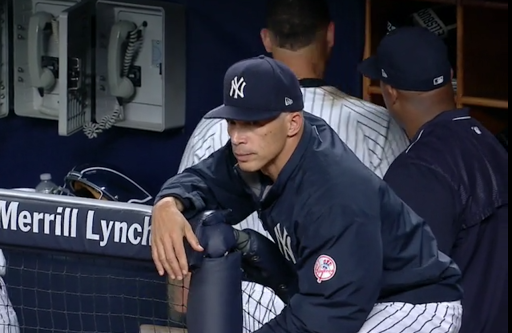 Trailing by four runs in the 8th, Girardi gives this steely look, signaling to his entire team, “let’s rough up Addison Reed and ruin his night, shall we?”

The Yankees did just that, with four runs charged to Reed and another scored off Joe Kelly for a five-run 8th to take the game.

“I am going to hit a home run off you, Chris Sale”

Rarely do teams give signs specifically meant for their opponents, but if this slight narrowing of the eyes accompanied by a heavy sigh from a man with five games under his belt doesn’t scream, “I am going to hit a three-run home run off of you, probable 2017 Cy Young winner, Chris Sale,” then I am not the noted baseball expert I claim to be.

Austin made good on his sign as the Red Sox failed to steal what was being given to them for free. Yankees win.

“Oh damn, is that Addison Reed again? You guys know what to do” 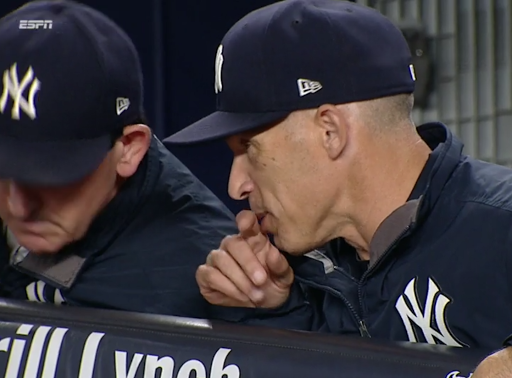 Perhaps the Red Sox gained a significant advantage from reading into a few of the Yankees’ signals throughout the course of the year, but Boston certainly missed more than they caught. With 11 losses to a divisional opponent they should have put away weeks ago, it might be time for the Sox to hit the Apple Store for an upgrade on that watch.