There is no other way to say it, Michael Pineda was resplendent on Monday afternoon. We all witnessed one of his best pitching performances as a Yankee starter. It’s just the kind of start Yankee fans have been wanting to see from him since he first came over to the club.

Tampa Bay’s lineup could not figure Pineda out most of the day and best of all? He finally threw a number of those changeups he had been working on during Spring Training. Another thing that worked in Pineda’s favor was being paired up with Austin Romine behind the plate. Romine kept Pineda in a good rhythm all afternoon and when Pineda wasn’t hitting his spots—which didn’t happen often—Romine would let him know.

So first up, this is graph shows where all of Pineda’s third strikes landed. As you can see, his slider was working a lot. He had a career-high of nine strikeouts off the slider. He got away with three landing in the zone, but the rest had the bottom drop out of them and the Rays’ batters were swinging through them. 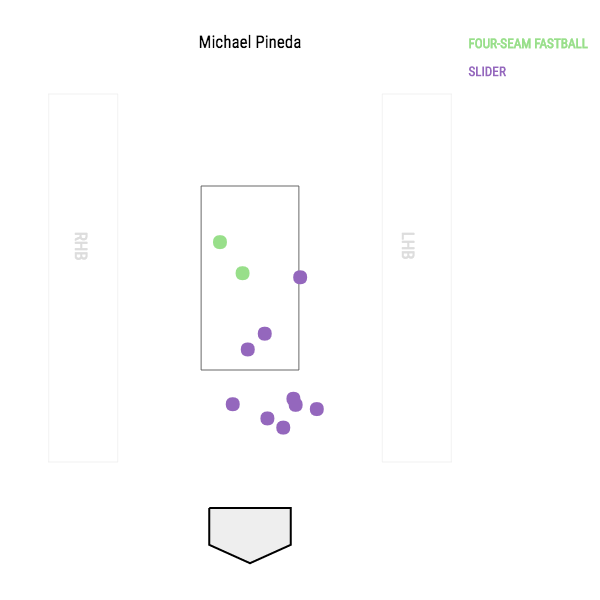 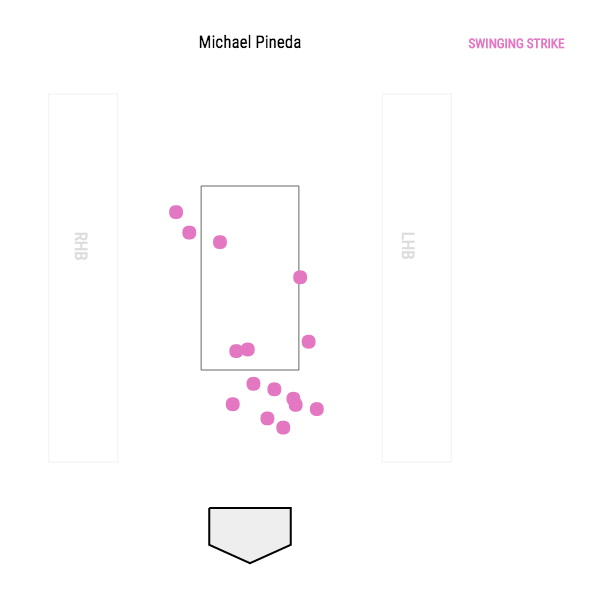 His final tally was 93 pitches with 67 of them landing for strikes. Through the fourth inning, he had five strikeouts, all were on sliders. Through the fifth, he had six strikeouts, one on the fastball. Through the sixth, he had nine strikeouts. Another big key for Pineda was starting off ahead of the batters. He threw a first-pitch strike to 15 of the first 18 batters he faced.

Pineda was flirting with a perfect game until the seventh inning when Evan Longoria got a slider that didn’t slide and hit it into left field for a double. Here’s where that pitch landed. It was pretty much on a tee for Longoria and Pineda is lucky he didn’t hit it out. 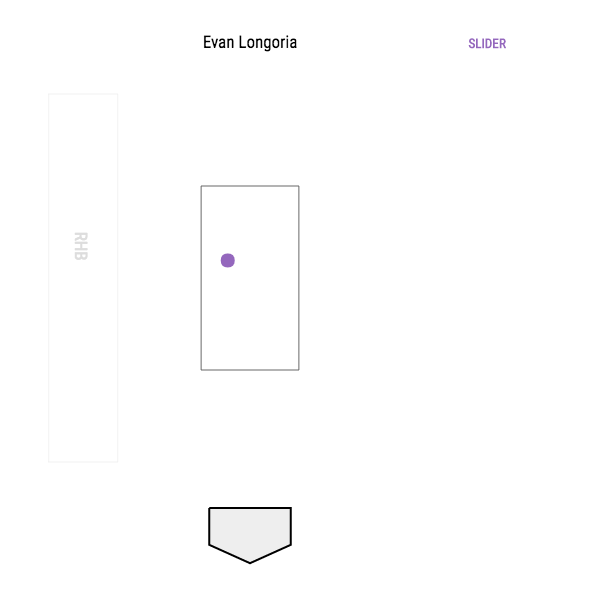 After Longoria made it to second and doffed his helmet towards Pineda, Pineda came right back and struck out Brad Miller on four pitches with the final one being, you guessed it, a slider to end the inning. Pineda didn’t let the inning get away with him which is something that happened in Tampa last week. He gave up a two-out hit and that was it.

Pineda’s one big blip was a home run off the bat of Logan Morrison in the top of the eighth. It was an 89.4 mph changeup low in the zone that Morrison was able to lift up and out of the park. Pineda then retired Derek Norris on a groundout and his day was over. He left the game with a 3-1 lead and then his offense tacked on five runs in the bottom of the inning to lock up Pineda’s first win since August 5, 2016.

Following the game, Evan Longoria didn’t even wait for reporters to ask him questions. He said, “Pineda was good.” And he wasn’t the only Rays player who marveled at Pineda’s performance. Outfielder Steve Souza Jr. changed the lyrics to “New York, New York” to “Pineda threw strikes; we lost, we lost.”

It was a far cry from Pineda’s first start against the Rays when he couldn’t get out of the fourth inning. Both the Yankees and their fans are hoping that Monday’s performance was a big step in Pineda’s progression and that he will be able to build upon that performance in his next outing.